Around 112,000 individuals are treated in the emergency rooms for scald injuries each year and among these 6% require hospitalization.

Scald injuries are a type of thermal burn that occurs when hot fluids, such as, boiling water or steam burn the skin. Scald injuries are often classified as either first degree or second degree burns but in rare cases, it can cause a third degree burn, especially with a prolonged exposure. Blisters are usually associated with scald injuries. Healing time is usually longer for scald injuries, in comparison to other burn types, and the chances of forming a scar are also greater.

The second most common cause of serious burn injuries in individuals are scald injuries. Injuries of this sort are typically more common in children below the age of five, particularly from accidental spillages of hot liquids. However, not all cases of scald injuries are accidental, such as in cases of child abuse, where damage covers a great amount of total surface body area. Moreover, adults who are 65 years old or higher and individuals with sensory neuropathies and other handicaps are also noted to be at greater risk for scalding.

It is important to apply appropriate first aid as soon as possible to avoid complications that can be brought about by scald injuries. The following steps should be done immediately, however, it must be noted that this does not serve as substitute for actual first aid training or professional medical advice. Enroll in First Aid Training that teaches how to manage various kinds of burns and of different degrees. 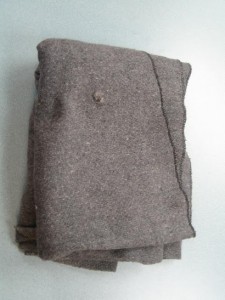 Most scald injuries are accidental. This is why it is necessary to take the necessary precautions when handling hot waters or vapors.

Scald injuries are a type of thermal burn that is caused by hot liquids that usually result to the blistering and scarring of the skin.

View all posts by Mikha Canon →