Suicidal patients are among the most critical type of patients being admitted to the emergency department. Attempted suicide is an act that stems from depression (eg. Loss of a loved one, loss of a body integrity or status, poor self-image) and can be generally perceived as a silent cry for help and intervention.

Suicidal tendencies are among the most pronounced and evident risk suicidal patients are associated with. Normally, upon a comprehensive assessment of an individual at risk for suicide, it would usually reveal that the normal coping ability of an individual is impaired due to the overwhelming feelings of loss and worthlessness which superseded support and healthy coping of an average individual. It is very important that family members are sensitive to the covert behavior of high risk suicidal family members so as to provide them with more attention in establishing a line of communication in expressing personal feelings of high risk family member before further support and care can be sought.

Suicidal patients: Who are at risk?

Statistics show that males are at a greater risk of attempting to commit suicide than their female counterpart. Other members of the population at risk are the elderly adult population, young adults, people who are experiencing an enduring heavy loss or stress, those who are unemployed, divorced, widowed or living alone; those showing signs of significant depression, (eg. Sleep disturbances, weight loss, sleep disturbances, somatic complaints, suicidal preoccupation), and those with previous history of suicide attempt, suicide in the family, and/or a history of psychiatric illness.

Being aware of people at risk and the ability to identify specific factors that predispose a person to suicidal tendencies are the main key strategies in the management of suicidal patients. Specific signs and symptoms of potential suicide normally include the following:

Emergency management is usually focused on treating the evident 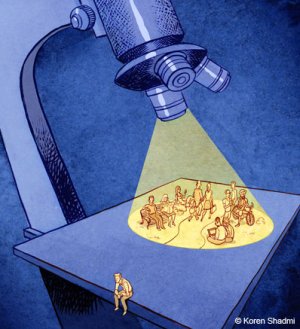 consequential injuries sustained of the suicide attempt (eg. Gunshot wound, drug overdose and poisoning) and preventing further self inflicted injury. An individual who has made a suicidal gesture will usually do it again if not properly given support and care. Crisis intervention is employed to help determine suicidal potential, to discover areas of depression and conflict, to find out how effective the individual’s support system and to determine if suicidal patients admitted to the ED requires further medical management/hospitalization or psychiatric referral is necessary.