It is unknown to many that first aid is not just applicable for physical wounds and emergencies, but can also be applied to psychological disorders, such as hysteria. Hysteria is typically described as uncontrollable actions and emotions. It is actually a mental disorder which results to physical manifestations. This is often due to overpowering fear from the past or intense anxiety. It may also be from repressed conflicts within a person. Hysteria often causes rash and imbalanced thoughts, which are usually depressing, and may last for days or weeks. If not acted upon, hysterics may take severe steps.

Although this psychological disorder may appear in both men and women, it is more common in young females between 14 and 25 years old. It is said to be more common in this specific age group due to the quick changes in hormones as a result of menarche at this child bearing stage. Hysteric outbursts are not uncommon and should be given first aid treatment.

Disclaimer: This article is not meant for diagnosis and treatment. If one is consistently having bouts of hysteria attacks, seek medical advice. Moreover, to learn proper management, join in first aid courses offered all throughout the country.

Hysteria can be genetic, thus it can be more common in one family. But the most common causes of hysteria include:

Signs and Symptoms of Hysteria

When one is experiencing a hysteria attack, it is necessary to stay that 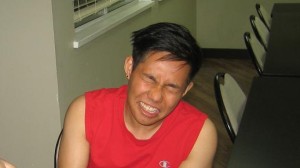 the people around him/ her stay calm at all times and avoid any sort of panic. This could, otherwise, cause other people as well to panic and thus, should be avoided.